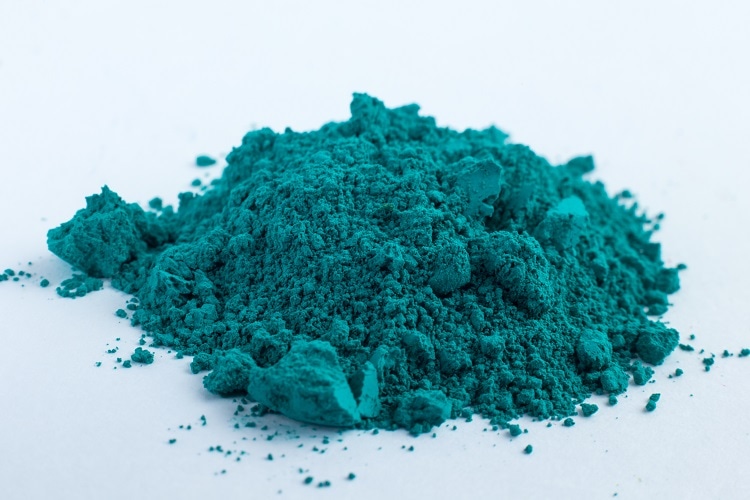 The cobalt material, though not much known throughout the industries, has been used for more than 3000 years. Before becoming an element of the periodic table, this metal was used unconsciously for coloring various products including vases and glasses. These Cobalt-blued products are found in many cultures throughout the centuries, including in China and remarkably in ancient Egypt, which became an exporter of cobalt-tinted glass from its Dakhla mines in Central Egypt.

It was not until 1735 that the metal was discovered by the Swedish chemist Georges Brand. This one then tried to prove that a metal, still unknown to this day, caused this typical coloration of glasses and pottery. Through his discovery, Brandt becomes the first to discover a new metal since Arsenic.

Ironically, its use will remain mostly concentrated for its coloring properties and it is only about 200 years later that its use will take a new turn when the different properties of the metal are recognized in the heavy industry that develops at the turn of the 20th century.

Automotive inventor Elwood Hayes, who is looking for a corrosion resistant metal for his industry, will study this metal and develop a Cobalt-based alloy that he will name Stellite. He first filed the name in 1907 and, after improvement, a new patent was filed in 1912.
Though the alloy was first planned to be used in the automotive industry, Elwood Haynes quickly realized the interest of his new alloy for rotary machinery and cutting industries. Stellite proved to be more resistant than the competing products.

Given the popularity of its product and its inability to meet the massive demand, Haynes then allowed the production of its alloy by other companies. The company will then be purchased by Union Carbide in 1920. From that point on the company will move away from the Cobalt-based alloys to focus on Nickel-based alloys.

Cobalt-based alloys will prove their usefulness during the first and second World War, especially in the manufacture of aircraft. During the Second Great War, 70% of the blades of aircraft turbines used were made of Cobalt alloy from Haynes’ factories.

Nowadays, Cobalt-based alloys are used in a large number of industries, from the dental industry (for the design of prostheses) to the aerospace one, to the manufacture of parts that can be used in the oil fields or in the automobile industry. The licenses filed by Haynes in 1907 are now expired. The Stellite name rights, however, are now owned by Kennametal Stellite, located in Belleville, Ontario.

Should you have some requirements for which you suspect the cobalt alloys could be of some help, please feel free to contact us by phone at (514) 236-5441 or by email at pbelley@metallurgicalresources.com.